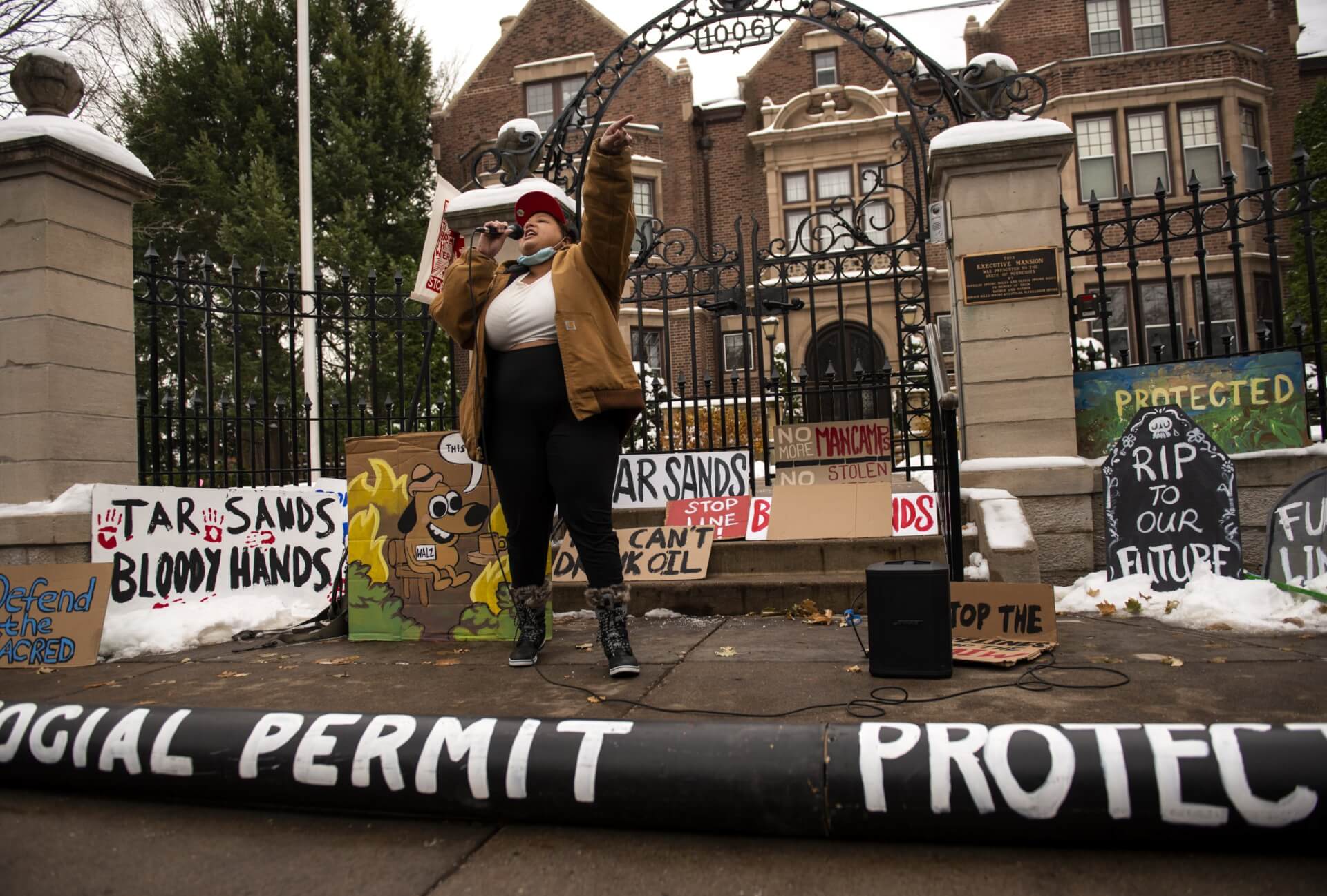 "Jessica Garraway sings a version of "Wade in the Water" as people protest against the Enbridge Energy Line 3 oil pipeline project outside the Governor's Mansion on November 14, 2020 in St Paul, Minnesota. The project took a step forward this week after receiving permitting approval from the Minnesota Pollution Control Agency. | Stephen Maturen/Getty Images" 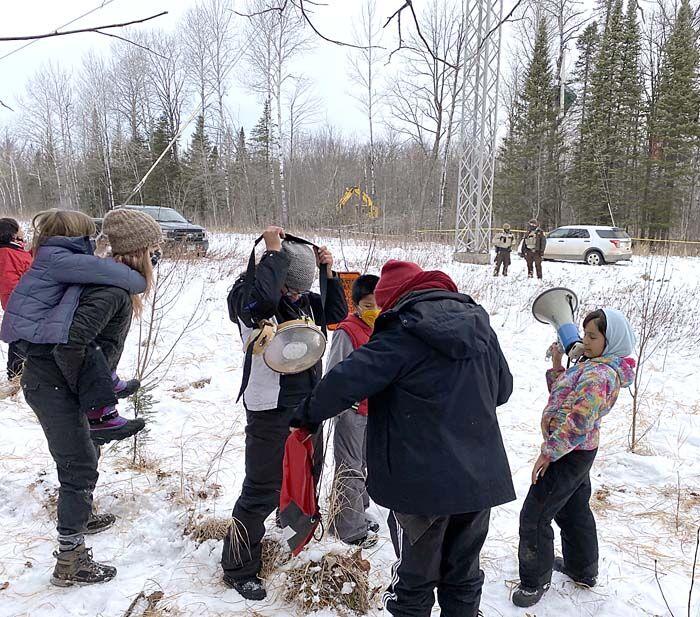 "Local children and their parents gathered along the Enbridge Line 3 easement 10 miles north of Palisade on Saturday to watch logging equipment take out timber along the route and to thank water protectors sitting in trees nearby. submitted photo" 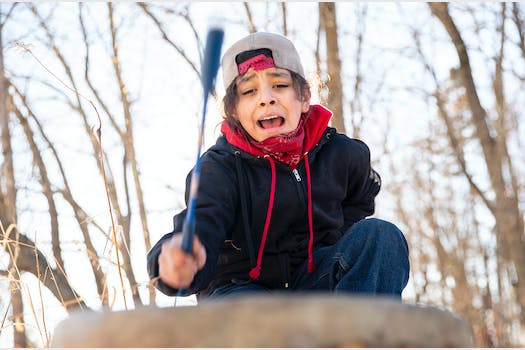 "Joshua Roy played a drum and said a prayer while sitting on the bank of the Mississippi River in Aitkin County on Wednesday December 9, 2020 near the Line 3 work site."


Protesters hang on as construction continues on Line 3 pipeline project 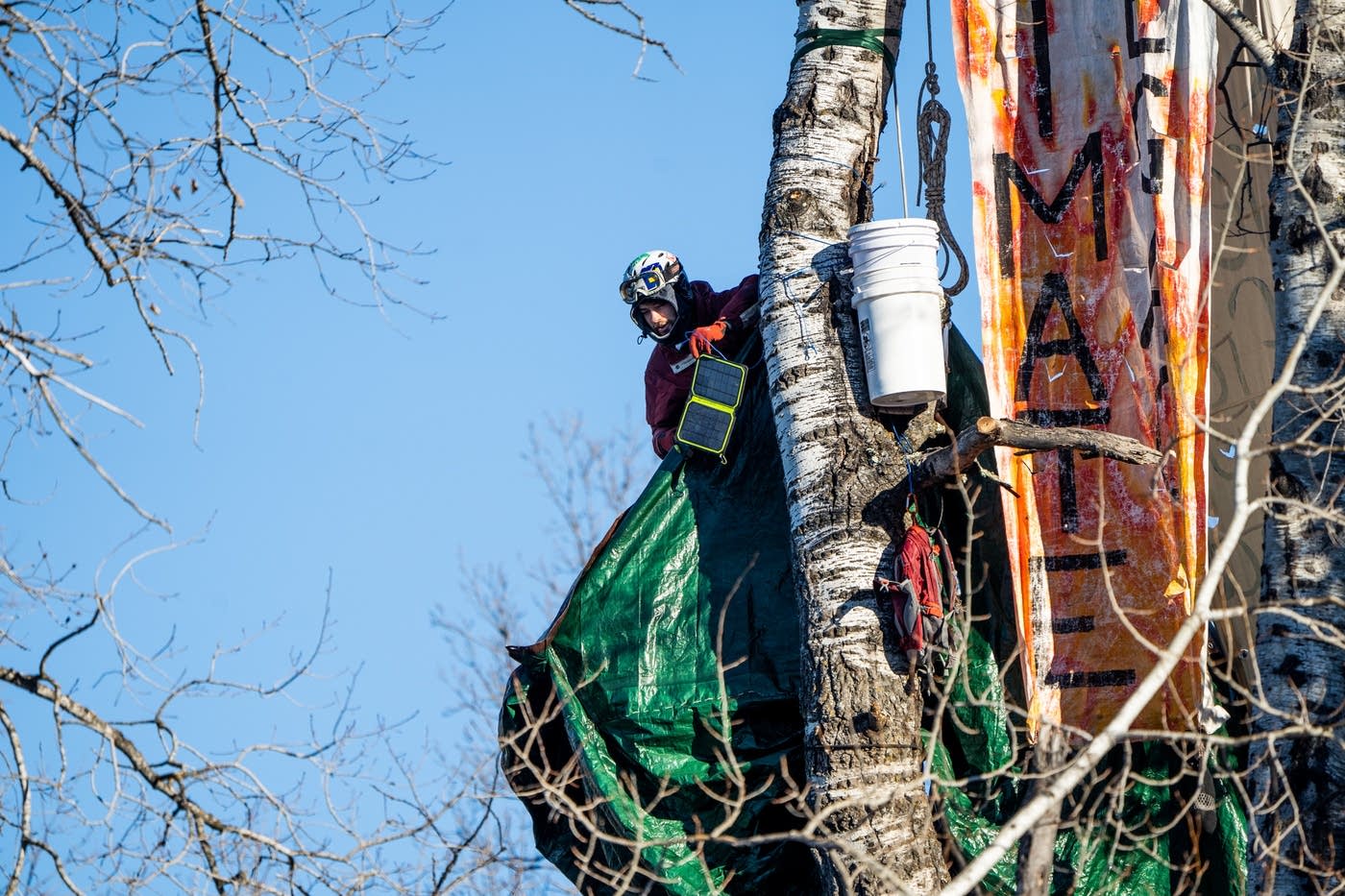 "Activist Liam Delmain adjusts a solar panel that they use to keep in contact with activists on the ground as they occupy a tree in the path of the Line 3 oil pipeline construction near Palisade, Minn., on Wednesday. Evan Frost | MPR News" 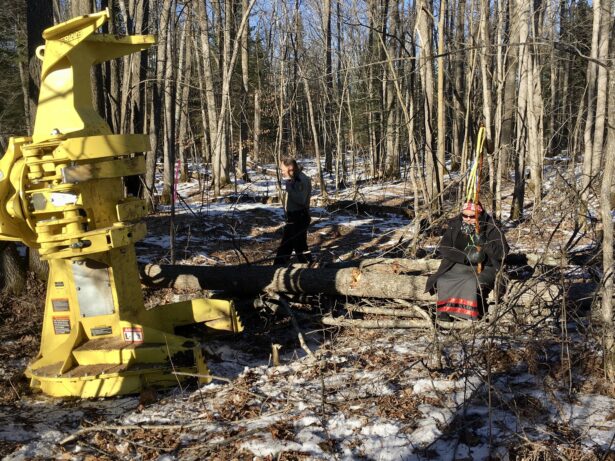 "Dawn Goodwin praying near a tree feller, after a sheriff’s department officer told her she was trespassing on the pipeline construction zone. (Twitter/MikeRollin2)"

"Nearly 100 protesters showed up Monday on Great River Road in Palisade to protest the construction of the Line 3 pipeline replacement after Enbridge received final approval to move forward on November 30." 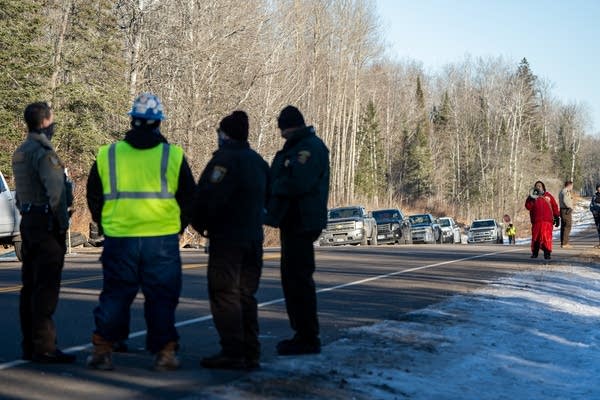 "WASHINGTON— More than 380 groups today called on President-elect Joe Biden to sign an executive order to confront the climate emergency with the full power of the executive branch as soon as he takes office."


Ebenezer Scrooge, Line 3 and me (and all of us, every one) 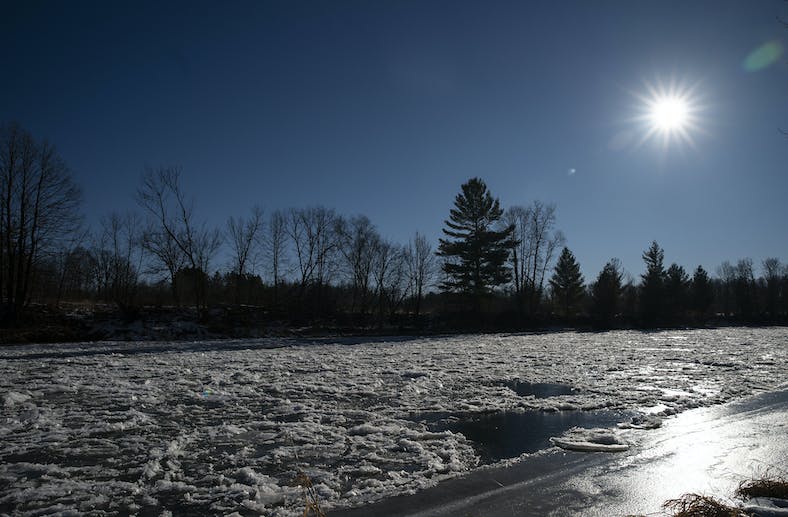 
"My 2-year-old grandnephew represents the future, and thinking about that in the pipeline's context jolts me awake."

"Indigenous and environmental activists have been holding daily protests against the construction of the Enbridge Line 3 pipeline, which would carry tar sands oil from Alberta, Canada, to a terminal in Superior, Wisconsin, cutting through Indigenous territory and running under more than 200 streams. Winona LaDuke, director of the group Honor the Earth, says the project’s approval amid a historic slump in oil prices and accelerating climate crisis make it unsound on economic and environmental grounds."

"President-elect Joe Biden has picked New Mexico Congressmember Deb Haaland to become secretary of the interior. If confirmed, Haaland will be the first Native American to serve in a Cabinet position. Haaland’s nomination was backed by progressives, as well as more than 120 tribal leaders, who sent a letter to Biden last month urging him to select her for the post."


Could the Next Standing Rock Be Brewing in Northern Minnesota? "The tension is palpable in northern Minnesota where a Native-led protest movement is getting ready to square off with Enbridge over the massive Line 3 oil pipeline being built to carry crude from Canada to the Great Lakes." 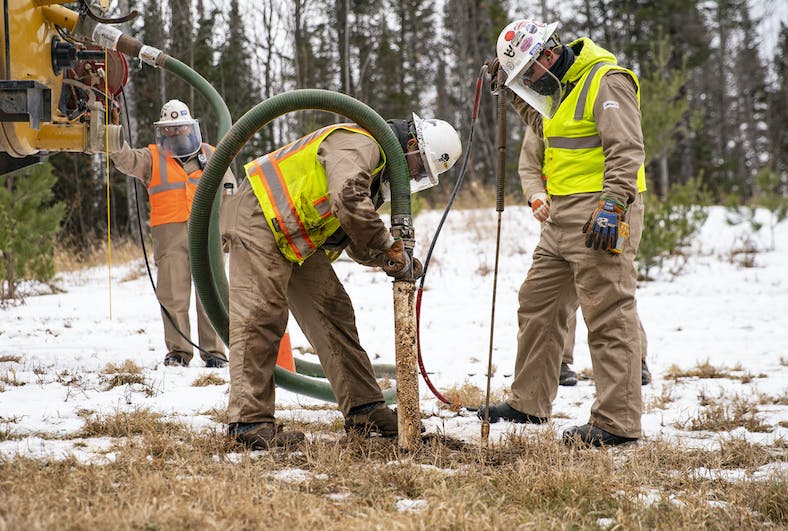 
Not Just Another Pipeline 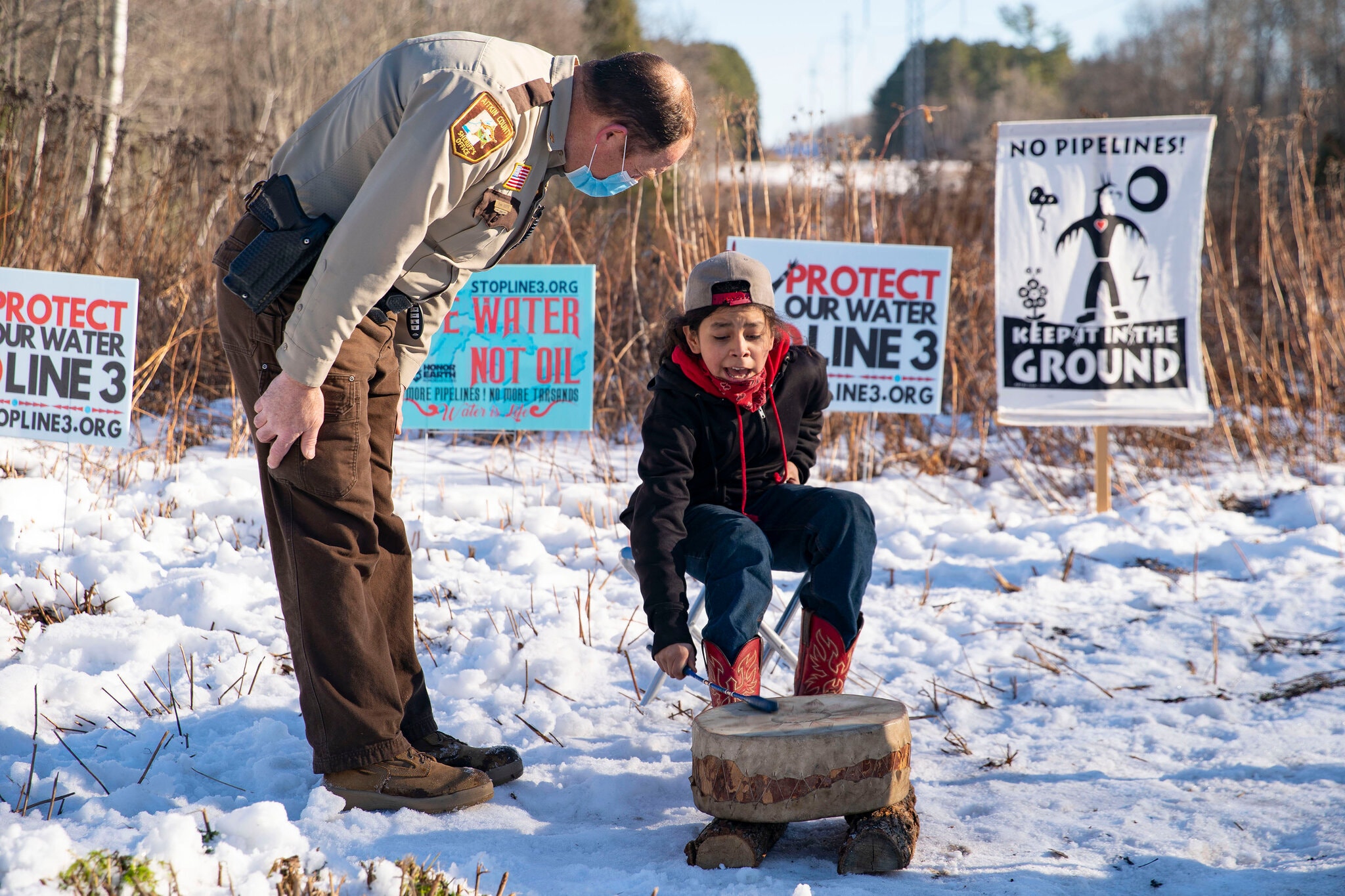 A young Line 3 protester in Palisade, Minn., near a construction site this month.


"The expansion of Enbridge’s Line 3 pipeline is a breathtaking betrayal of Minnesota’s Indigenous communities — and the environment." 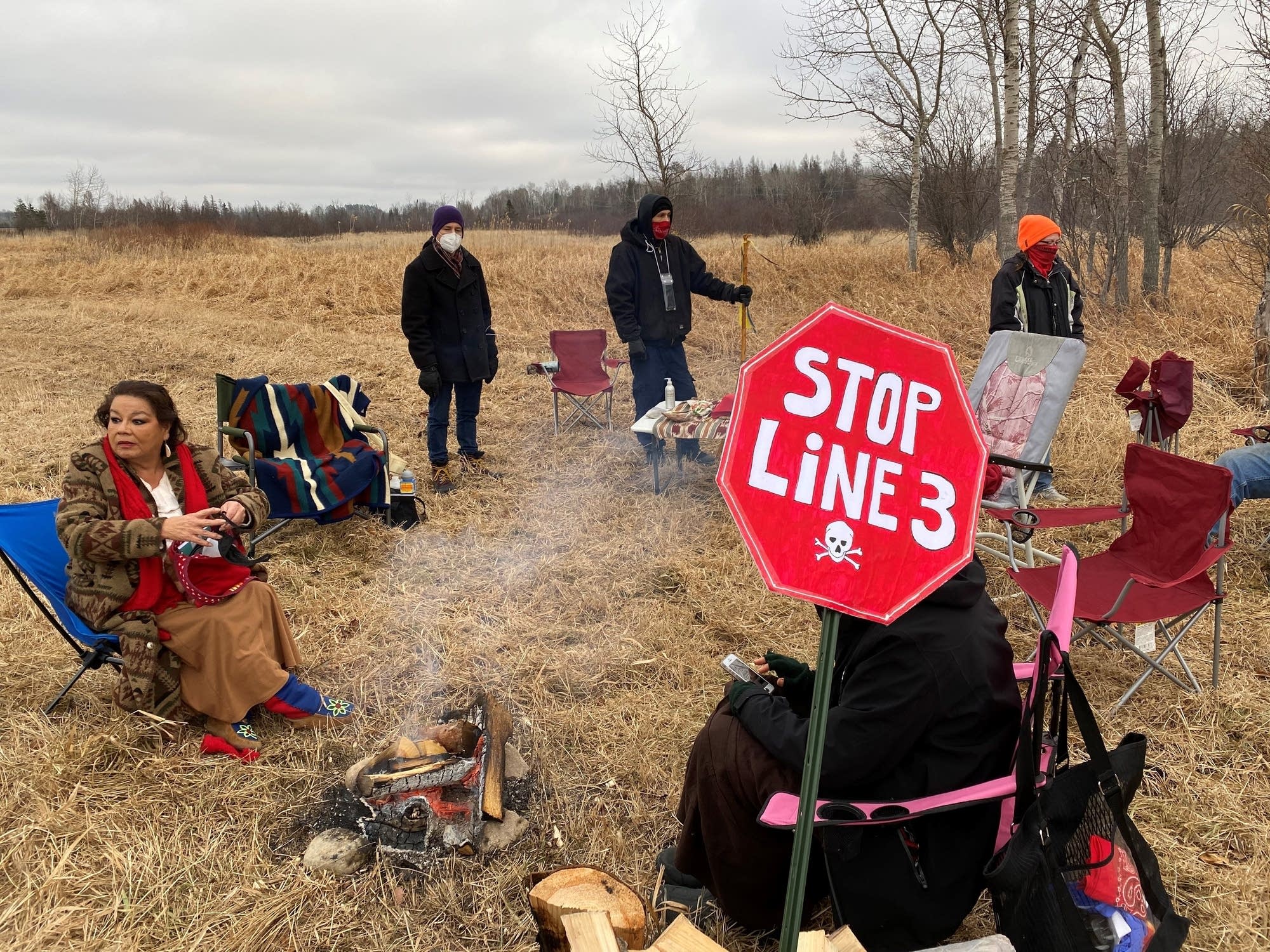 "About 20 people gathered for a small protest against the Line 3 oil pipeline replacement project outside Bagley, Minn., where the pipeline route crosses the Clearwater River earlier this month. Dan Kraker | MPR News file"

"Opponents of Enbridge's Line 3 oil pipeline project are demanding that construction of the pipeline is stopped, the Associated Press has reported, saying the group alleged the U.S. Army Corps of Engineers failed to take into consideration several environmental factors when it issued Enbridge a water quality permit for the project."

"There have been multiple appeals and push back on the reconstruction of the Line 3 pipeline since the idea came about. Another one has been added, this time at the federal level." 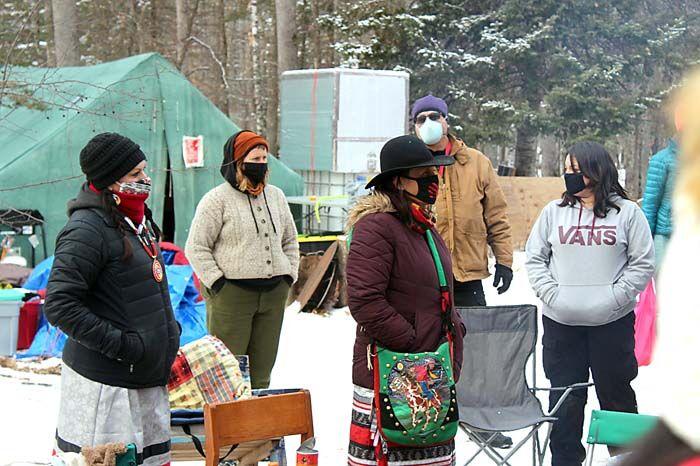 "Winona LaDuke, executive director of Honor the Earth and other workers at the Water Protector Welcome Center north of Palisade welcomed returning and new Minnesota legislators who visited the Line 3 Mississippi River crossing north of Palisade on Dec. 20. At left is Rep.-elect Heather Keeler from Dist. 4A. LaDuke is third from the left." 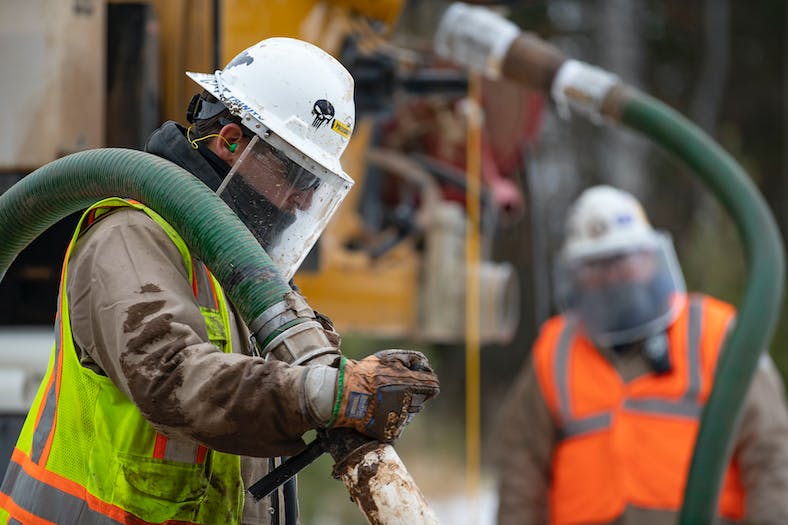 Enbridge utility contractors worked to identify and mark an older Enbridge pipeline, Line 16, at one of the Line 3 work sites in Carlton, Minn., in December.


"Two Ojibwe bands have petitioned the Minnesota Court of Appeals to suspend state regulators' approval of Enbridge's new Line 3 and stop construction of the controversial pipeline across northern Minnesota." 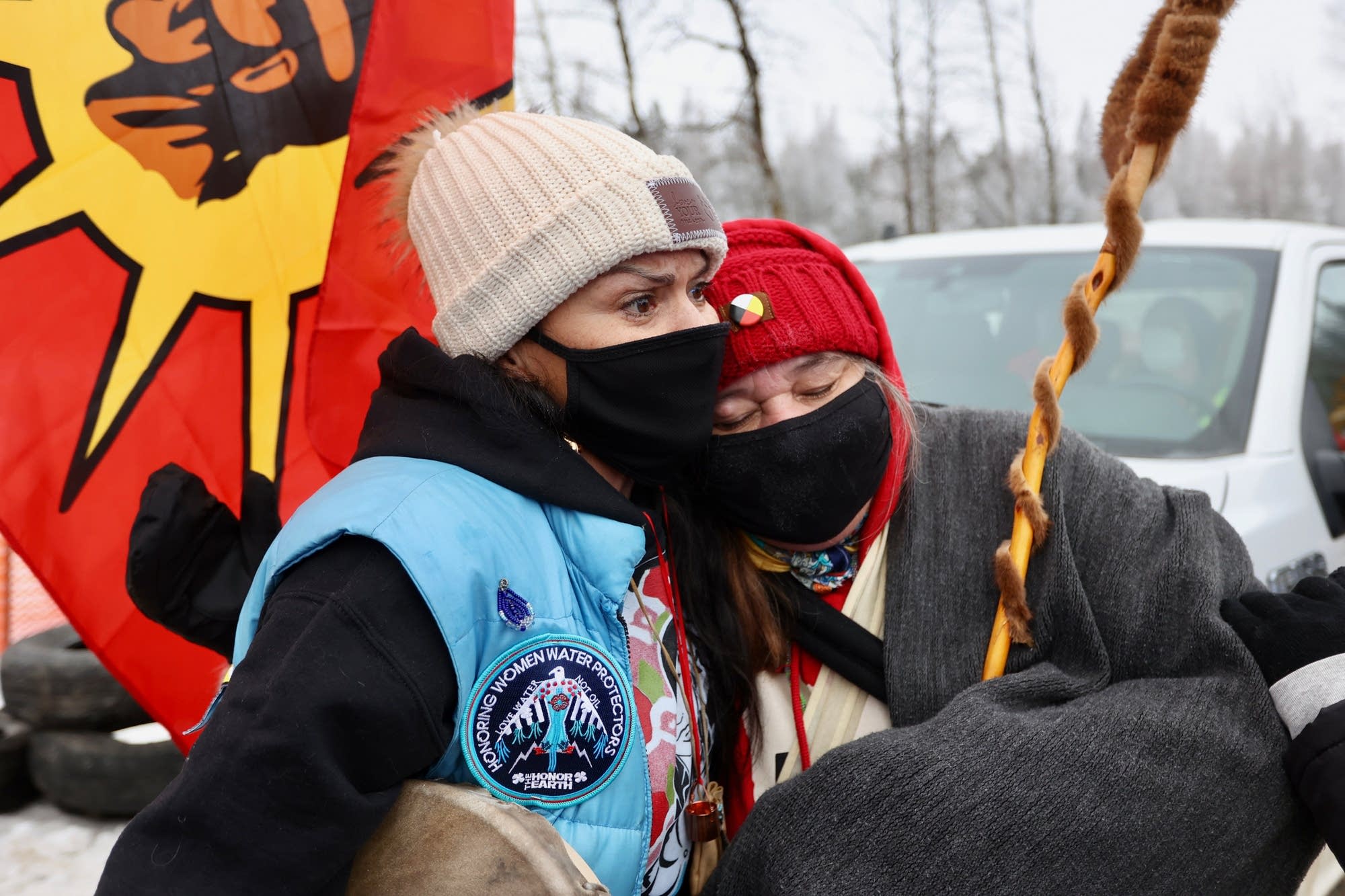 Law360 (January 11, 2021, 4:53 PM EST) --
"A D.C. federal court on Saturday allowed energy company Enbridge to intervene in a December lawsuit brought by tribes and environmental groups against the U.S. Army Corps of Engineers to stop its $2.9 billion pipeline replacement project in Minnesota."


It’s for the water not just the 10,000 lakes, wetlands + wild rice. That spirit and people of the rivers. Those all comprised of the Mississippi Bands. No pipeline belongs in the water. #LoveNotOil — moment captured at united walks put themselves at the line today. #StopLine3 pic.twitter.com/0MImXXqcmj

Big Oil continues to threaten Indigenous lands and exacerbate the climate crisis as Minnesota votes in favor of Line 3, a pipeline that could reportedly impact more than 200 bodies of water. @YoonjKim has what you #NeedToKnow about the #StopLine3 initiative pic.twitter.com/mZTucBwzdv

Winona explaining the Day of Prayer