LEGAL ARGUMENTS INCLUDE NEW MATERIAL EVIDENCE OF “UNPRECEDENTED EVENTS” AND IMPACTS OF COVID-19, OIL MARKET COLLAPSE AND CLIMATE CHANGE, PLUS RISKS OF OIL SPILLS ON LAKE SUPERIOR AND THE DULUTH-SUPERIOR HARBOR 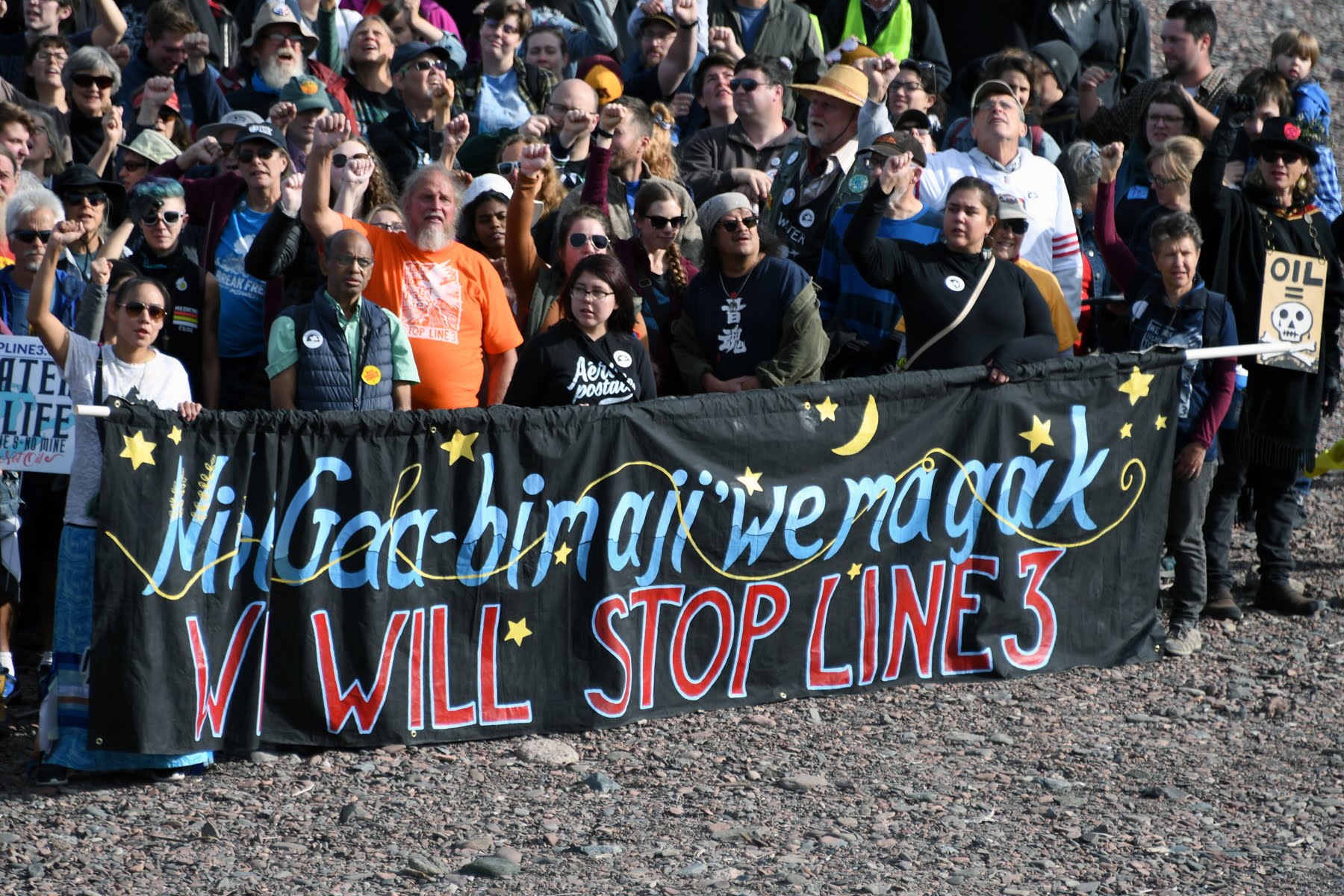 TWIN CITIES – May 21, 2020 – A coalition of indigenous Minnesota tribes and three environmental groups opposed to the building of the Line 3 tar sands pipeline in northern Minnesota have petitioned the Minnesota Public Utilities Commission (PUC) to reconsider its May 1, 2020, approval of the Final Environmental Impact Statement (FEIS), Certificate of Need, and Route Permit for the pipeline. The PUC has 60 days from the date of filing to consider the petition. If the Commission denies the petitions, its decision can be appealed to Minnesota Court of Appeals. SEE ATTACHED PETITION.

The Red Lake Band of Chippewa, White Earth Band of Ojibwe, Honor the Earth, Youth Climate Interveners and the Sierra Club contend in their petitions filed today that the PUC should consider new material evidence showing a lack of need for the pipeline and a lack of demand for crude oil in light of the risks posed by Covid-19 and climate change and the collapse of oil markets; the risks of oil spills on Lake Superior and the Duluth-Superior harbor; plus other issues. On April 10, 2020, Friends of the Headwaters, Sierra Club, and Honor the Earth, with the White Earth Band of Ojibwe and the Red Lake Band of Chippewa Indians filed for contested case hearings at the Minnesota Pollution Control Agency over the agency’s water quality permits for the project.

According to the petition, “Joint Petitioners believe that the Commission should at a minimum take account of the unprecedented events that are reshaping the oil industry by requiring a supplemental evidentiary hearing for the Line 3 Route Permit and Certificate of Need.” The petition also demonstrates “that the Canadian crude oil production industry Is in decline, such that future expansion of Western Canadian crude oil production is unlikely.” Petitioners also cite the failure of the FEIS to adequately assess the risk of an oil spill on Lake Superior and Duluth-Superior Harbor; the impact of Enbridge’s proposed switch to take-or-pay contracting on the PUC’s finding of need; and “evidence that the Commission’s rail and trucking alternatives haven’t happened during two years of increasing pressure for more pipeline capacity, such that they are unreasonable.”

The Petition Emphasizes that Line 3 Construction Potentially Threatens Rural and Indigenous Populations During the Pandemic as 4,200 Workers Descend on Northern Minnesota

The petition also emphasizes the potential health risks of pipeline construction to rural and indigenous populations during a pandemic -- especially in areas where healthcare systems are minimal – and the virus has yet to gain a foothold.

“Enbridge plans to hire a total of 4,200 workers for this project, and likely at least half would need to travel to northern Minnesota’s rural communities from out-of-state, many of whom could be carrying the virus to poor communities with inadequate healthcare systems,” notes Winona LaDuke, co-founder and Executive Director of Honor the Earth.

“In February of this year, PUC Commissioner Max Schuerger was the only commissioner to dissent on approving the FEIS, Certificate of Need and Route Permit, based on scientific climate studies – even before the pandemic hit! His dissension is now even more valuable and insightful and should be required reading by the public and our elected officials.”

"It has long been clear that Line 3 is an unnecessary pipeline that poses unacceptable risks to our communities. The current crisis and collapse in oil demand makes this all the more obvious,” said Sierra Club North Star Chapter Director Margaret Levin. “We'll continue to make the case that this tar sands pipeline would be all cost and no benefit to the people of Minnesota. Hopefully this time the PUC listens."

For more information – or to interview Winona LaDuke or other petitioners – please contact Martin Keller or Gabby Brown at the contact information above.