Honor the Earth lead the Break Free Midwest march!!! Chi Miigwech to everyone who came out today in support of the Seventh Generation!!!

These tar sands poses catastrophic health risks to our Mother Earth, people and our wild rice water sheds and homelands as well as our sacred Anishinaabewi-gichigami: Lake Superior (Anishinaabe’s Sea) 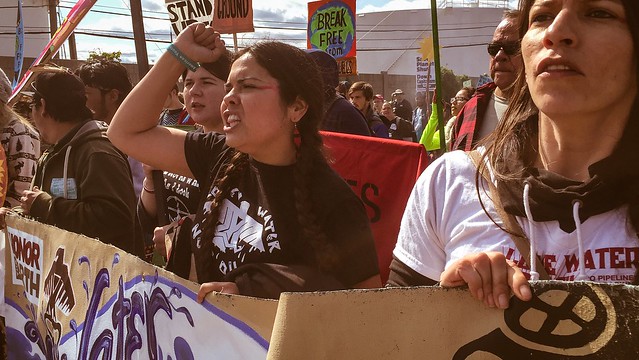 We marched and sang along for:

Ininwewi-gichigami: Lake Michigan (Illinois’ Sea) where BP Refinery with their fracked Bakken tanks have invaded with their toxicity greed putting our sacred Gichigamiin at risk for pollution. Our 7th Generations will depend on this water, and clean air to survive. It's our duty to save our children's future. A path we must choose...for our survival. 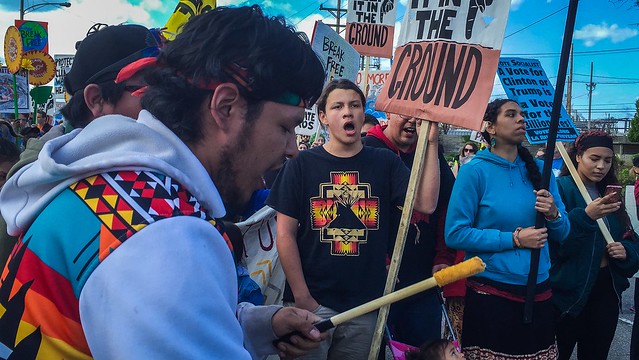 Harvey Goodsky taking the song and drum lead from Mille Lacs Band Ojibwe as local tribal members from Chicago and beyond joined in. 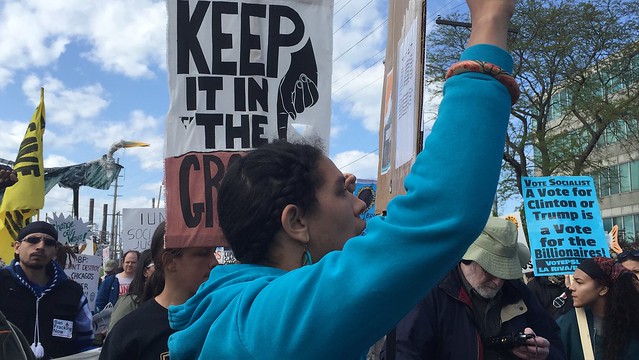 Women's Warrior song at BP Offices: When fossil fuels go beyond our needs with extremity extraction and so called refining, it effects all those around us. A negative trickle effects of human lives, and health plus the irresponsible impacts upon the Earth and our water. We need an elegrant transition from fossil fuels, and development of solid green economy. These extraction industries such as BP, the Bakken, Enbridge, Exxon and more have engaged in irresponsible operations on the backs of human life where they need to be held accountable. #‎MMIW #‎ManCamps#‎NoMoreSpills #‎CleanUptheMess 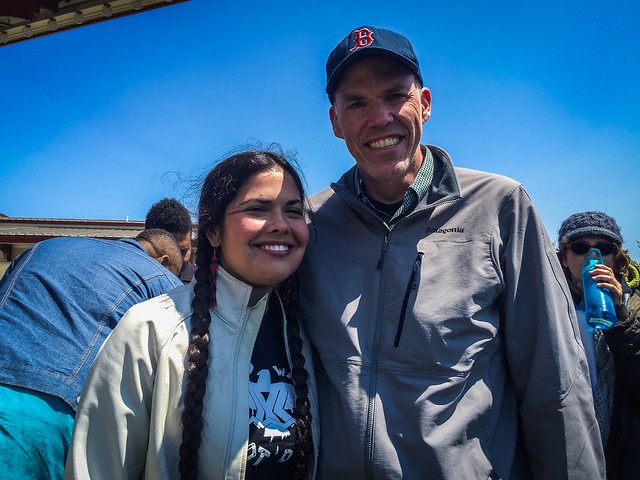 Our message is clear, "You can't drink oil, no water no life." #‎LoveWaterNotOil #‎HonorTheEarth

Photos from the day of action 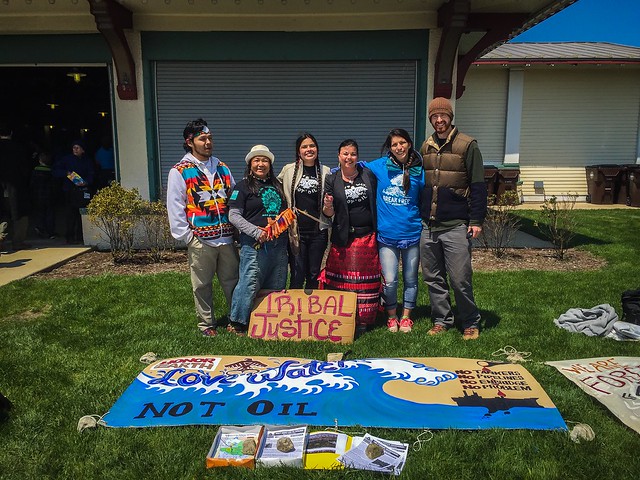