On Friday, May 1, 2020, the Minnesota Public Utilities Commission (PUC) found the Environmental Impact Statement (EIS) adequate for the proposed Line 3 Pipeline and reissued the Certificate of Need (CN) and new Route Permit (RP) for it. The project would transport expensive and dirty tar sands crude oil from Alberta, Canada, across northern Minnesota to foreign markets, now glutted with oil after the arrival of a global pandemic that has wiped out demand.

“Once again, the PUC has made another reckless decision to continue to push an unnecessary and polluting pipeline through the state’s most pristine natural resources and across native tribal lands, waters and sacred wild rice lakes, despite the well documented impacts of climate change from carbon emissions and the lack of demand for the dirtiest, most expensive fossil fuel to extract on the planet,” LaDuke said.

“Moreover, the global pandemic has demonstrated that Canadian tar sands industry is economically unsustainable. The price of tar sands crude oil has dropped to unprecedented lows – far below that needed to pay for continued operations, much less earn a profit. As a result, the Canadian government estimates that production from western Canada will drop this year by up to 1.5 million barrels per day. This decrease would be three times larger than the proposed new capacity provided by the Line 3 Project and will cause severe economic damage to this already weak industry.” (source)

“To his credit and integrity, Commissioner Schuerger had the moral turpitude to see the future while his colleagues marched in lockstep with Enbridge. Should this line ever be built, Enbridge wants to send 4,200 workers, many from out of state who could potentially be carrying the virus into poor communities with weak healthcare systems where the disease doesn’t currently exist. There is also substantial risk that starting construction also risks spreading this disease among the workers themselves.” LaDuke recently wrote a stirring, analytical Op Ed for the Duluth Reader that demonstrates the how Minnesota – now facing the uncertainty and dangers from COVID-19 -- could be on the hook for a pipeline that isn’t needed in a piece called, "What A Stranded Asset Looks Like: Line 3 and Oil in the Time of Coronavirus."

Schuerger’s dissenting opinion (beginning in Page 20 of the PUC order) argues that Enbridge failed to provide an accurate forecast of demand, as required by law, and did not prove that denial of the Line 3 project would adversely impact crude oil supplies. He also argued that the PUC should have considered critical new information including:

• new information on climate and the urgent actions that will be taken to reduce the consumption of fossil fuels, including reduced demand for oil and its refined products;

• new information on electrification of transportation and its impact on demand for oil and its refined products; and

• new information on the applicant’s actions to fundamentally change the way capacity on the Mainline system is contracted and will likely materially affect apportionment, upon which the Commission relied in the prior and current decisions. 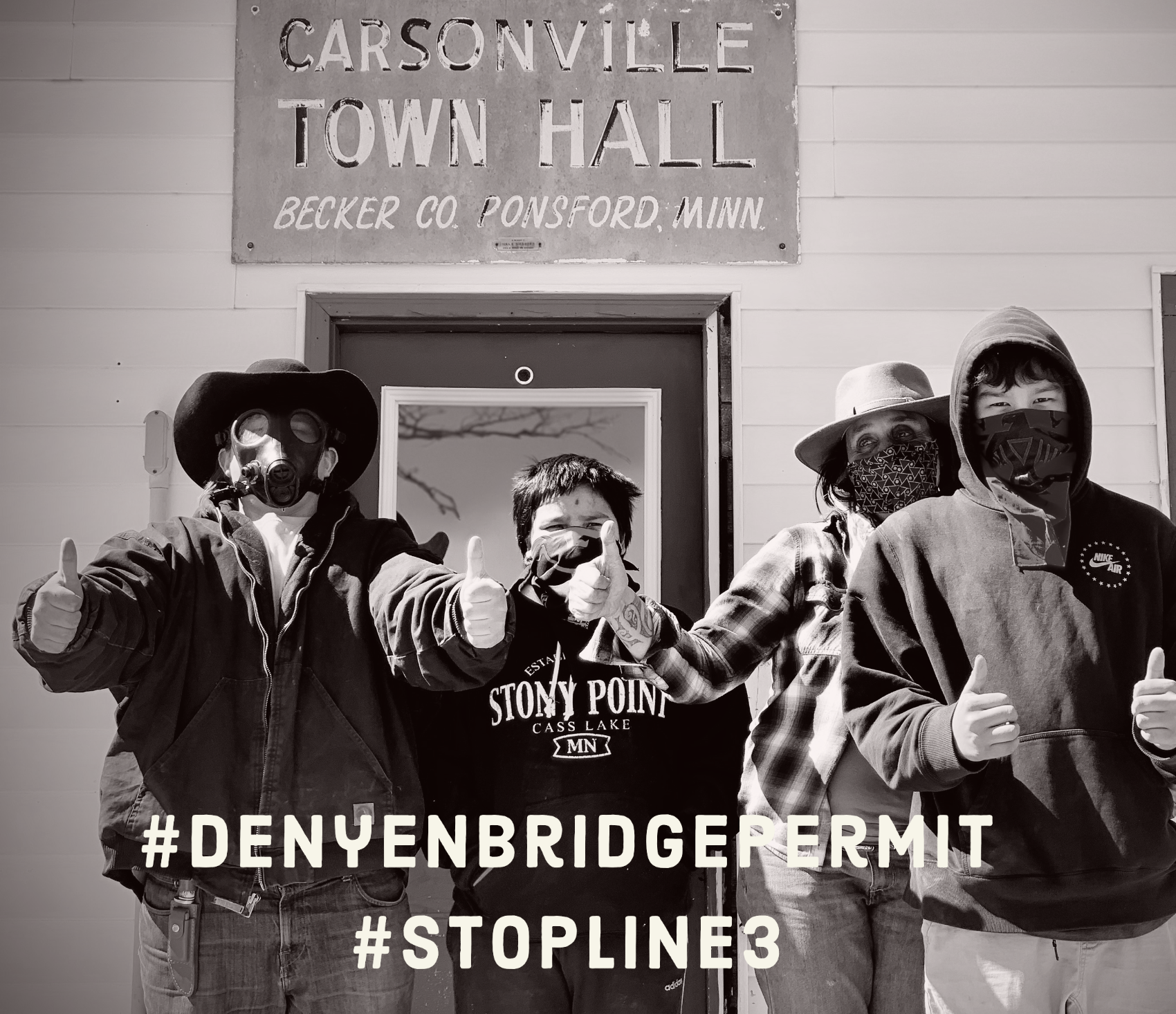 Honor the Earth also appreciates that Commissioner Schuerger recognized that building proposed Line 3 would have severe impacts on indigenous peoples and climate change.

We must be vigilant, as together we will #StopLine3. Honor the Earth, with our allies filed a legal petition to the Minnesota Pollution Control Agency (PCA) on April 10, 2020, calling for contested case hearings about the agency’s water quality permits for the pipeline. (Read more)