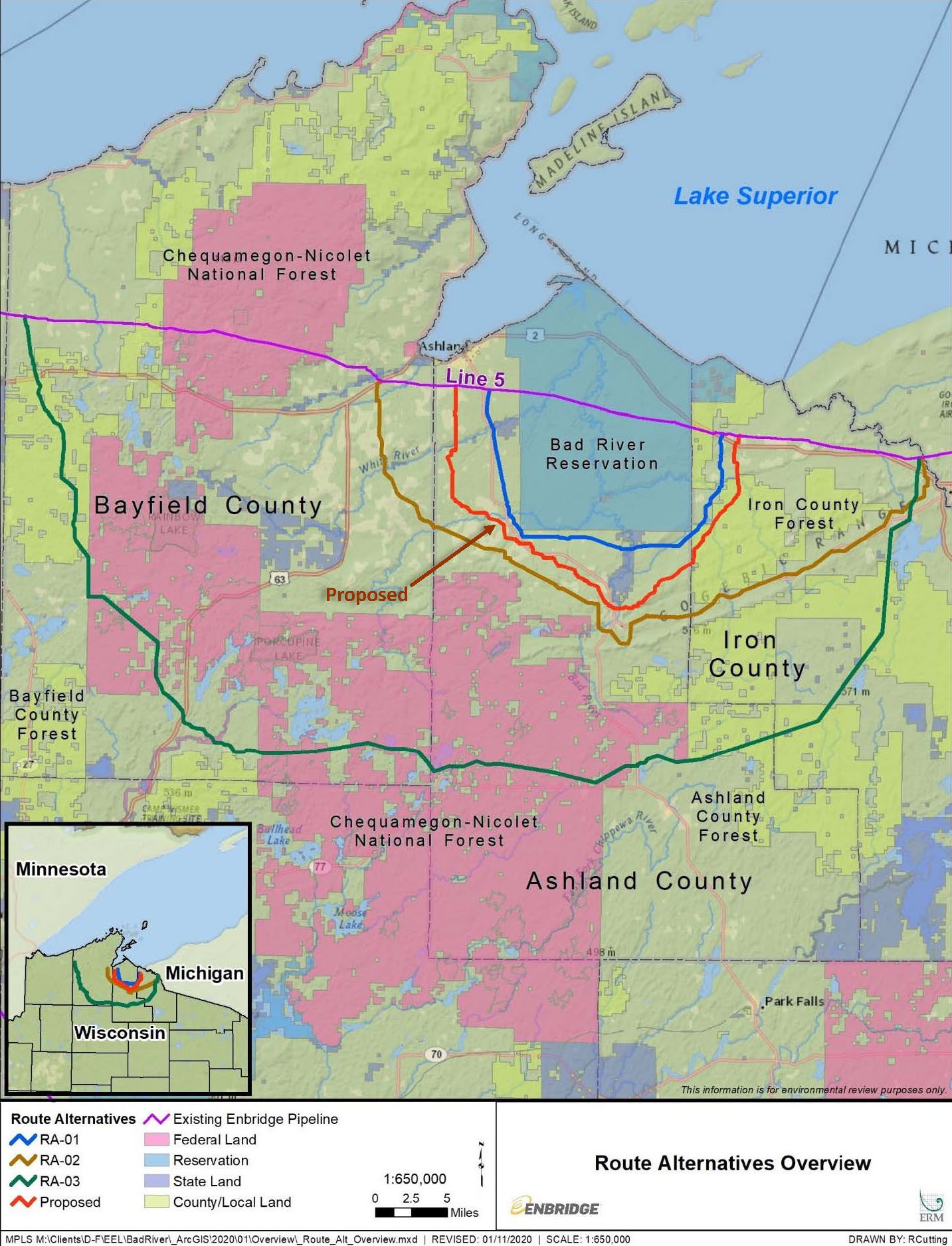 On January 6, the Army Corps of Engineers (a federal Agency within the Biden Administration) announced that it would be doing an individual permit on Enbridge’s application for a permit to fill wetlands and do horizontal directional drilling on the White River.

THE ARMY CORPS IS ACCEPTING PUBLIC COMMENTS THROUGH MARCH 7.

Comments can be sent to:

They have not announced a public hearing, but a number of people and organizations are requesting one, so we’re hopeful we’ll have that opportunity later. “The White River and Bad River power the fisheries of Lake Superior and inside the watershed itself,” says Bad River Band Chairman Mike Wiggins, Jr. “If you’re trying to protect Lake Superior for the future, you have to start right in Bad River.”

On February 2, 2022, over 250 people attended the Wisconsin DNR public hearing to respond to the Enbridge Line 5 draft Environmental Impact Statement (EIS). The replacement pipeline is being proposed to be built through the Bad River watershed on the shores of Lake Superior.

Citizens who oppose the building of the pipeline through the Bad River watershed commented on the 400+ page statement, bringing to light the fatals flaws of Enbridge’s plan. There were repeated demands that the DNR do their job to address the myriad of deeper problems in the EIS.

THESE ARE SOME OF THE COMPLAINTS ABOUT WHAT IS LACKING IN THE DRAFT EIS AND WHAT THE DNR FAILED TO DO: