On Tuesday, March 7, hundreds braved blizzard conditions to attend a US State Department meeting in Bemidji, MN, about the Alberta Clipper pipeline.  Honor the Earth was part of a coalition that organized a “Solutions Summit” event beforehand, and a march to the meeting, where despite the State’s efforts to criminalize us and neutralize our power with an “open house” format, we celebrated our resistance with traditional drum, song, jingle dress dancing, and ceremonial foods.  Here’s why the meeting was important.... Read on for event details, links, the full text of the SEIS, and instructions on how to submit written or verbal public comments to the US State Department, including suggested talking points from Honor the Earth.... We are seeking a summer intern to assist with our Pine Point Mino-bimaatisiiwin (the good life) project. Application Deadline: February 28, 2017.  Read more for details and instructions on how to apply... 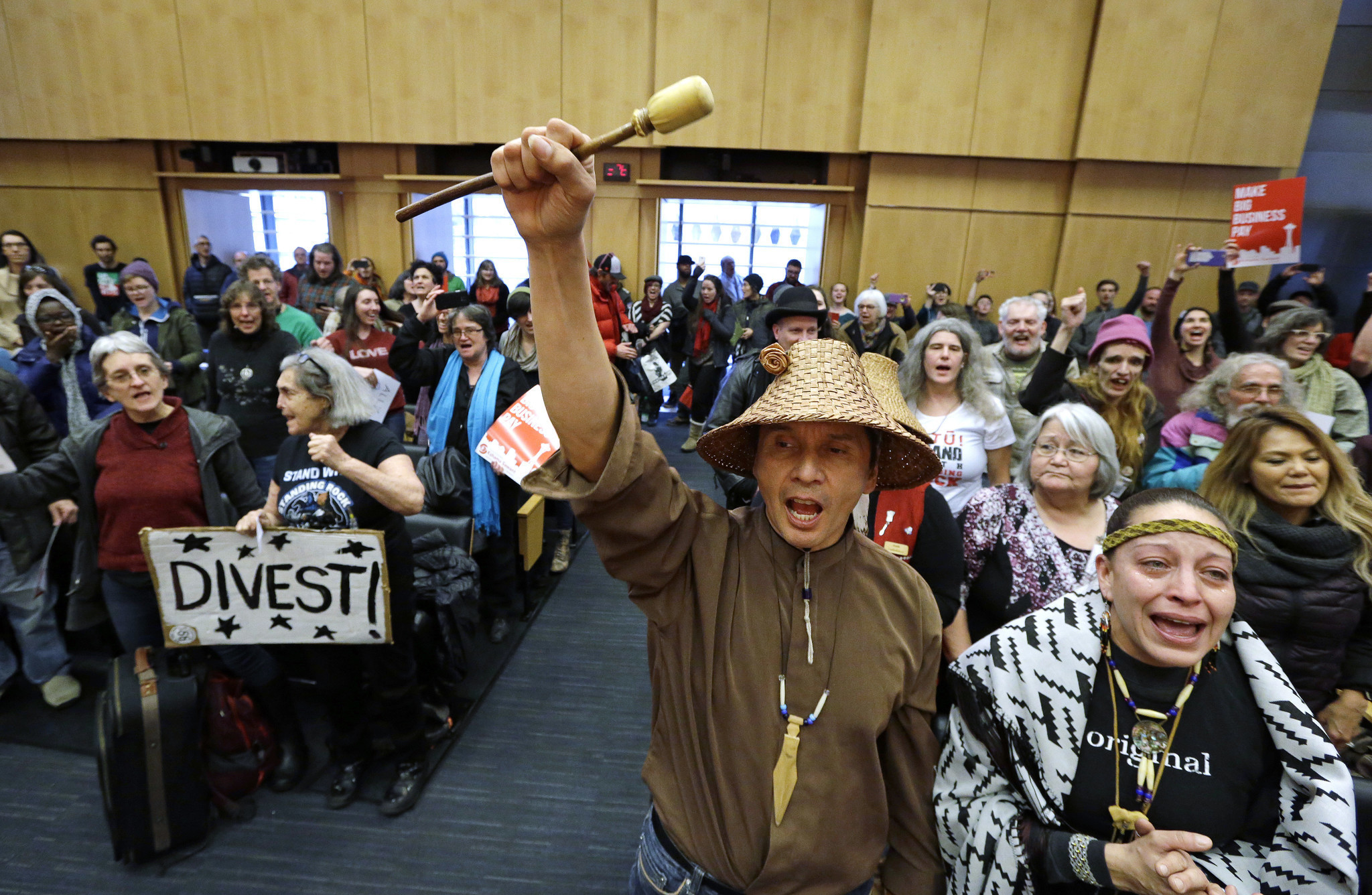 On January 31st, President Trump issued a presidential memorandum directing the Army Corps to expedite approval of the Dakota Access pipeline.  On February 8, the Army Corps issued the final easement for the crossing of the Mni Sose (Missouri River).  Without a single word of explanation, this reversed the December 4th Army Corps decision to conduct an Environmental Impact Statement on the river crossing.  Now DAPL is drilling under the river, around the clock.

The Standing Rock Sioux Tribe and Cheyenne River Sioux Tribe both filed lawsuits today, and water protectors continue to fight back, not only at Standing Rock, but across Turtle Island.  Meanwhile, the State's tactics of repression are escalating rapidly. At least one grand jury is active and cranking out federal indictments, and federal agencies are interrogating people's families at home.

So for this particular fight, the frontlines are moving to the courtroom.  And frankly we are unprepared.  Over 700 water protectors face charges.  The Sacred Stone Legal Defense Fund has raised about $3m so far and basically, that needs to double.   Read more for details and action steps......