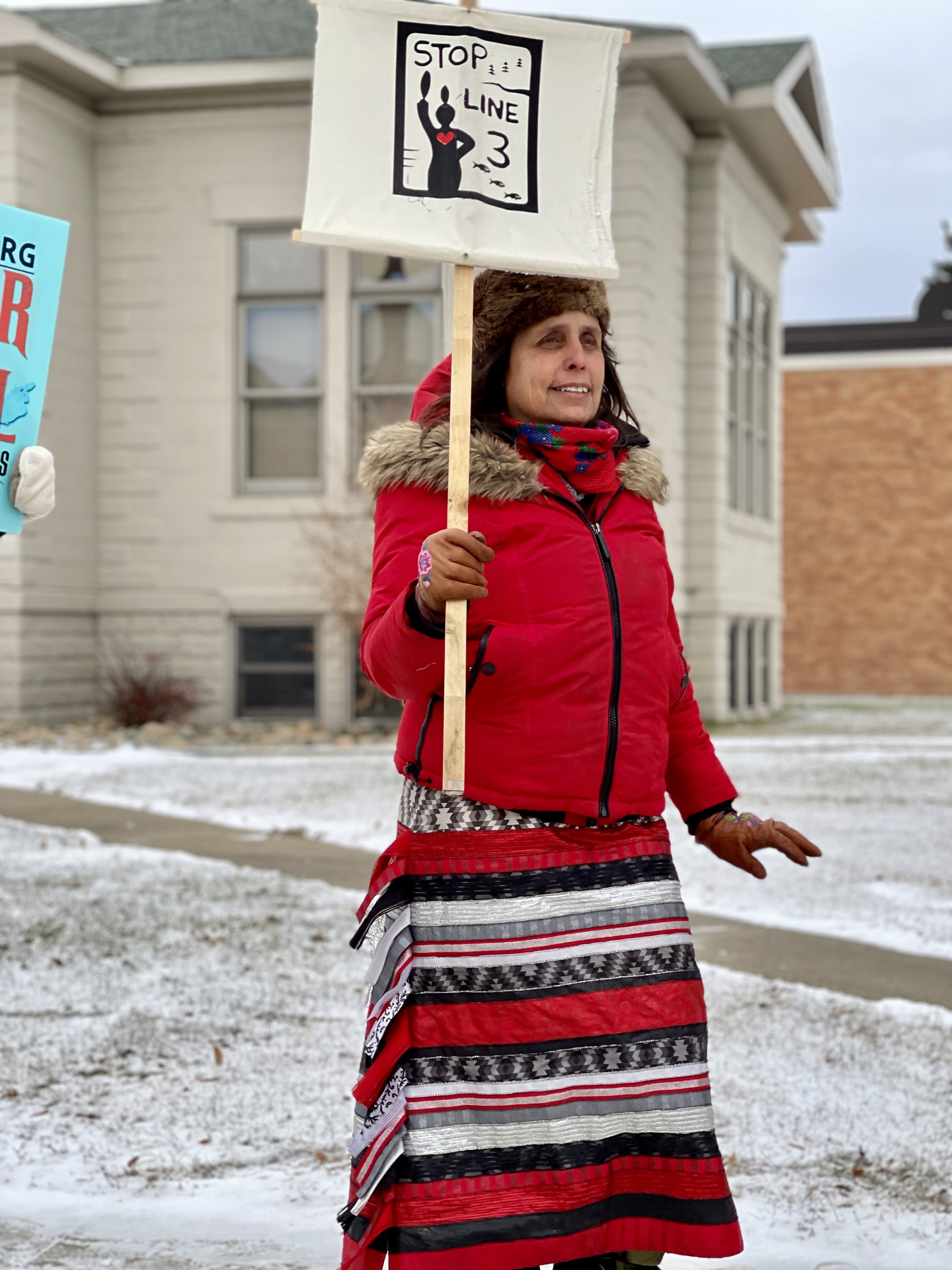 Honor the Earth's co-founder and Executive Director, Winona LaDuke, has been writing to the the CEO and President of Enbridge, Inc., Al Monaco, for several years.

The letters are written in the now-classic style of "Roger and Me" -- Michael Moore's letters to the head of General Motors, Roger Smith, and the related situations depicted in the film of the same name.

Mr. Monaco has yet to reply.

"Here it is Groundhog Day. Again. Just like in that movie. Appropriate, isn’t it, since I feel like I have to keep repeating myself and my actions over and over again about Line 3.

Sorry I'm a little later than usual on getting this off to you, Al, but I've been busy ..."

"Honor the Earth is appealing this decision because it is a rogue decision", Winona LaDuke, the group's executive director, said in a statement. "The certificate of need was issued based on bad math and puts Minnesotans into a very dangerous situation in terms of liability."